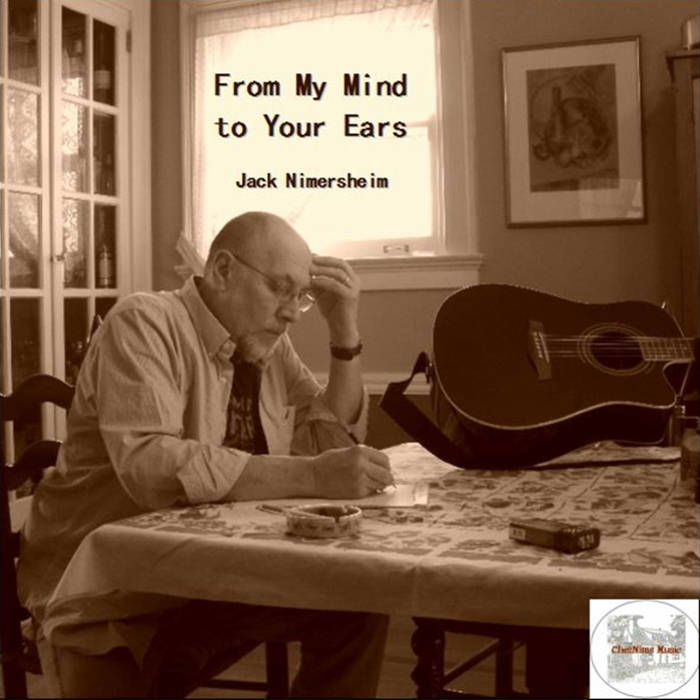 Songwriting is a strange obsession. Sometimes it's easy. Other times, it's gut-wrenchingly difficult. Most of the time, you'll write a song in solitude, alone with your thoughts and inspiration. Less frequently, you might collaborate with another musician or lyricist and, if you're lucky, create something that represents a whole greater than the sum of its parts. In truth, the process of turning an initial idea into its final form varies with each song you write.

That certainly was the case with the twelve songs on this album. "Suburbia Rag" was one of the easy ones. It took about as long to write as it takes to sing. "Carnival Dreams" falls into the difficult category. I spent several months tweaking its structure and lyrics, before being satisfied with the results. Most were written in solitude, although I did collaborate on three of them...one with my son, Jason. Ask me how special that was.

Then, after you write a song, you have to arrange and record it. For me, that's the fun part, when all the pieces coalesce into a coherent musical track. And I probably have more fun than most, during this phase of the creative process. Thanks to modern technology, I get to record my songs in my own studio, in my own basement.

That's where these songs were recorded. Several folks helped out on several of them. I've listed these musical friends, along with their contributions, below. Thanks, all. I couldn't have put together this album without you. (Well, I guess, theoretically, I could have...but it sure as heck wouldn't sound as nice.)

And so, this album is finished. These twelve songs have completed a musical odyssey that began, in some cases, years ago...a voyage from my mind to your ears.

"From My Mind to Your Ears" album © Chez Nims Music

Over a half-century. That's how much time has passed since I first picked up a guitar, stepped on stage and started playing music for the folks "out there".

Fortunately, no recordings exist of those early performances. The albums on this page, however, provide a pretty good retrospective of the music I've helped create, over the past fifty-five years.

Bandcamp Daily  your guide to the world of Bandcamp